Visa: We ordered Cambodia visas online which meant we saved time queuing up and got a slight discount. You can easily get visa on arrival too was pretty stress-free compared to Vietnam.

Transport: We got buses from Phnom Penh to Siem Reap which is probably the best solution and get to see the countryside too.

Food: We discovered chicken cashew nut rice dish here so will always be remembered for it.

We got the bus from Saigon to Phnom Penh which went pretty quickly but we were taken back by the poverty in Phnom Penh. The majority of roads were not tarmac and the city had a weird kind of vibe to it. The city is only now 40 years later starting to recover from the genocide with new buildings and roads.

Our villa really made the stay in Phnom Penh enjoyable the staff were super friendly and the food was absolutely amazing. There are more details on the Samsara villa here which we highly recommend!

We spent one day on a private tour in a car that we booked in a small tourist office on the river front. Was a lot easier to use a private car as got to spend as much time as we wanted at each place with no rushing.

Also got to get back to the villa straight away out of the torturous heat and into the swimming pool. The private tour took  us to the Killing Fields and the S-21 jail.

The Genocide by Pol Pot

On the way to the killing fields, we got to see the shanty town type of houses people were staying in and noticed there were no real old people around. The killing fields had an audio tour which we didn’t bother getting on a recommendation from the driver and don’t think we missed out on much. The site itself has a large tower with all the skulls found

The site itself has a commemorative stupa filled with the skulls of the victims at the Killing Field of Choeung Ek. The Khmer Rogue tried destroying all evidence of the killing fields before they left so any evidence has been destroyed. There is a building that has information and history of the site which I recommend going to first and then walking around the site which is basically dug up graves you are walking around.

Next, we went to S-21 jail where people were imprisoned and tortured but before ending up at killing fields. There was only a handful survivors from the secret Khmer Rouge prison S21 where at least 12,273 people were tortured and executed. the tour was really well presented and highly recommend getting the audio tour which explains all the different parts of the prison and the graphic images displayed throughout the prison.

We arrived by bus to a barrage of taxi drivers, tuks tuks and good knows what. The best bet is to have it booked but not essential, regardless still bargain the price. Also it is worth bargaining a package for them to take you into town or to the temples or airport.

Smiliar to Phnom Penh the Model Angkor Resort was amazing but only thing was a small bit outside town and they don’t have street lights so possibly dangerous for extra drunk tourists. 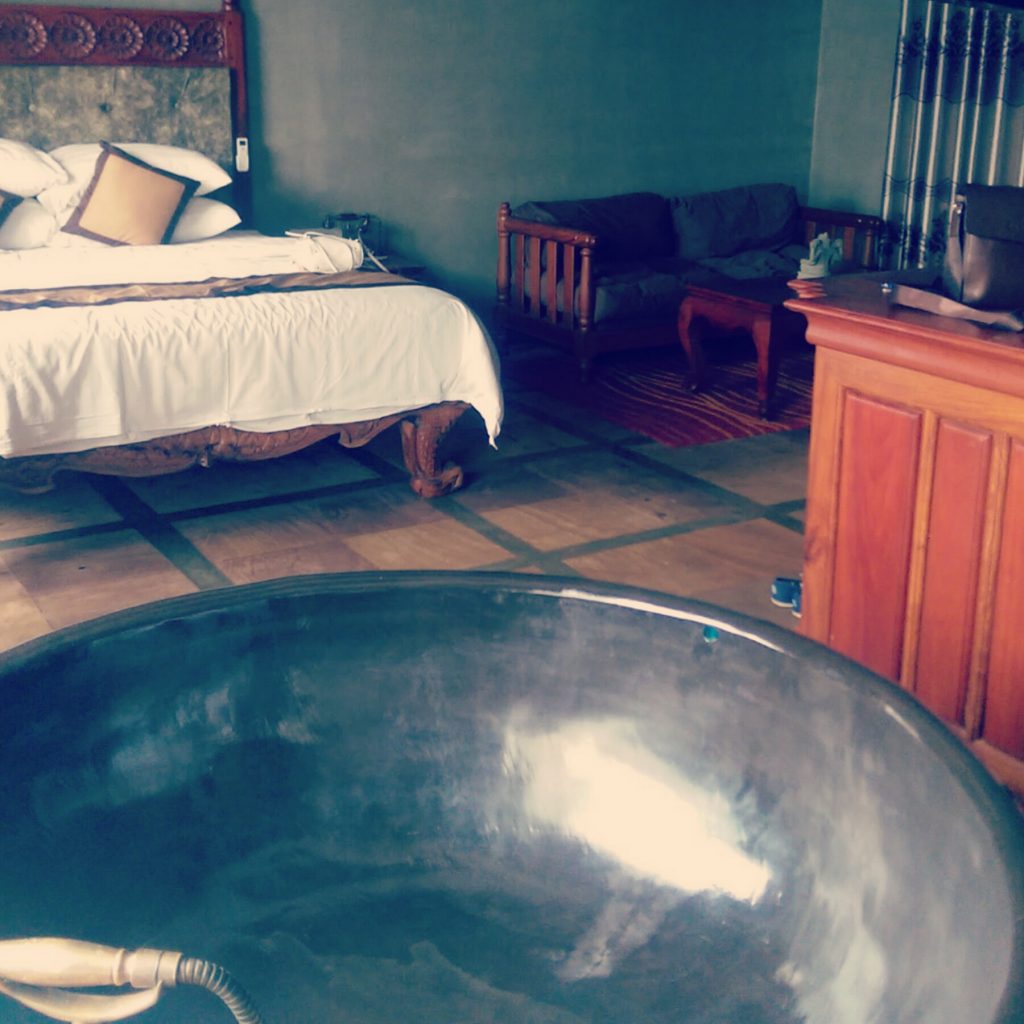 The main attraction to Siem Reap is temples. We spent the first day at the museum in town as we overheard someone recommend it on the bus. That was a mistake it was very boring and a waste of a day. You don’t need to know the background to appreciate the temples.

Next day we organised our tuk-tuk to pick us up at 4:30am to take us to get tickets so we can see the sunrise is Angor Wat one of the things nearly every travel blog recommends. There was actually queues of backpackers all with the same idea.

It’s pretty cool getting their so early with all these people but it was a major anti-climax. The sun was well up in the sky and people were still waiting for this amazing Instagram perfect picture to appear but it doesn’t.

What is cool though is all the people situating around the two adjacent lakes in front of the temple all eagerly waiting for the sunrise.

Also since it is so early the place is practically empty so you get to walk around undisturbed and appreciate the vast size of the temple. The other temples we visited that day were also quiet since it was so early.

We went to see the jungle temple, another main one and a ruined temple. All pretty epic but a small bit repetitive after awhile. Maybe because we had no breakfast and was up at 4am in the morning. Most people have itineraries to visit all temples in so many days we were happy to see the main ones and go back relaxing by the pool out of the 8-degree heat.

Siem reap is a really popular backpacker spot with all the temples and they have a night life to match. A dedicated street called Pub street with bars and restaurants down a strip in the middle of town. This being said I couldn’t find anywhere that was showing the Liverpool match in Europa league final so pub street didn’t pass my test.

If we were to do Cambodia again?

Other Cambodia Travel Blogs Worth Checking Out