Crypto is something I have been interested in over the past 2/3 years and 5X my investment with the massive spike in January 2017 but I never cashed out so actually made no money. Still have the same coins as then which the majority of the portfolio consists of Ripple, LTC and ETH. I’m still up on my initial investment so not too bothered but would have been nice to have the discipline to cash out at that peak. This was before fiat coins so was a small bit harder to cashout but that’s just an excuse.

Have some Altcoins, in particular, my favourite is POWR.

When it comes to crypto my friends are all looking for what will be the currency to rule them all – will it be BTC (or as they consider that to be the equivalent to gold) or Ripple or ETH the debate continues and I don’t think we will know for a while and most people that have an opinion are just speculating.

Even though just speculating they are all happy to pour their money into them waiting for the next bear market which I’m sure will come sometime but I’m not so eager. I would like to make some money off it and have a diverse portfolio but I think the real opportunity is the POWR token.

Power Ledger operates a dual-token system that consists of the following:

Sparkz, the ‘low-level’ token, are specifically limited to representing the tokenised value of a unit of electricity in varying markets around the world. Sparkz and POWR tokens will be exchangeable, connecting the functions of the ecosystem. Sparkz maintain a steady exchange rate between local market electricity prices and the exchange-priced POWR token.

This is a real start-up based here in Perth so I have got the opportunity to hear Jemma Green one of its founders speak in local events and she is a very smart person but has a clear mission to enable P2P energy transactions, trade environmental commodities and invest in renewables.

She didn’t start the company because she wanted to get into crypto space and jump on the blockchain bandwagon but instead, she is using Blockchain because it enables her vision of safe secure P2P energy transactions.

The start-up actually won Sir Richard Branson’s international Extreme Tech Challenge in 2018. In addition to recognition for the company, our co-founder Dr Jemma Green was named the Australian EY Fintech Entrepreneur of the Year.

I’m following the company on LinkedIn and Medium and they are proving their system by rolling out in cities across the world most recently in Osaka, Japan. Also, I know they are currently recruiting people to help roll out more projects while also working on new products. This company is steamrolling ahead.

The more projects they bring on the more POWR tokens will be used and put in escrow as people use them to buy Sparkz tokens to use the energy platform. As there is a limited number of POWR token it makes sense over time as the startup rolls out more projects the more valuable the POWR will be.

At this moment in time, the price of a POWR token is $0.07 AUD (just after announcing the Tokoyo project publicly). This clearly has is no reflection on the state of the company more on people trading crypto. The cream always rises. 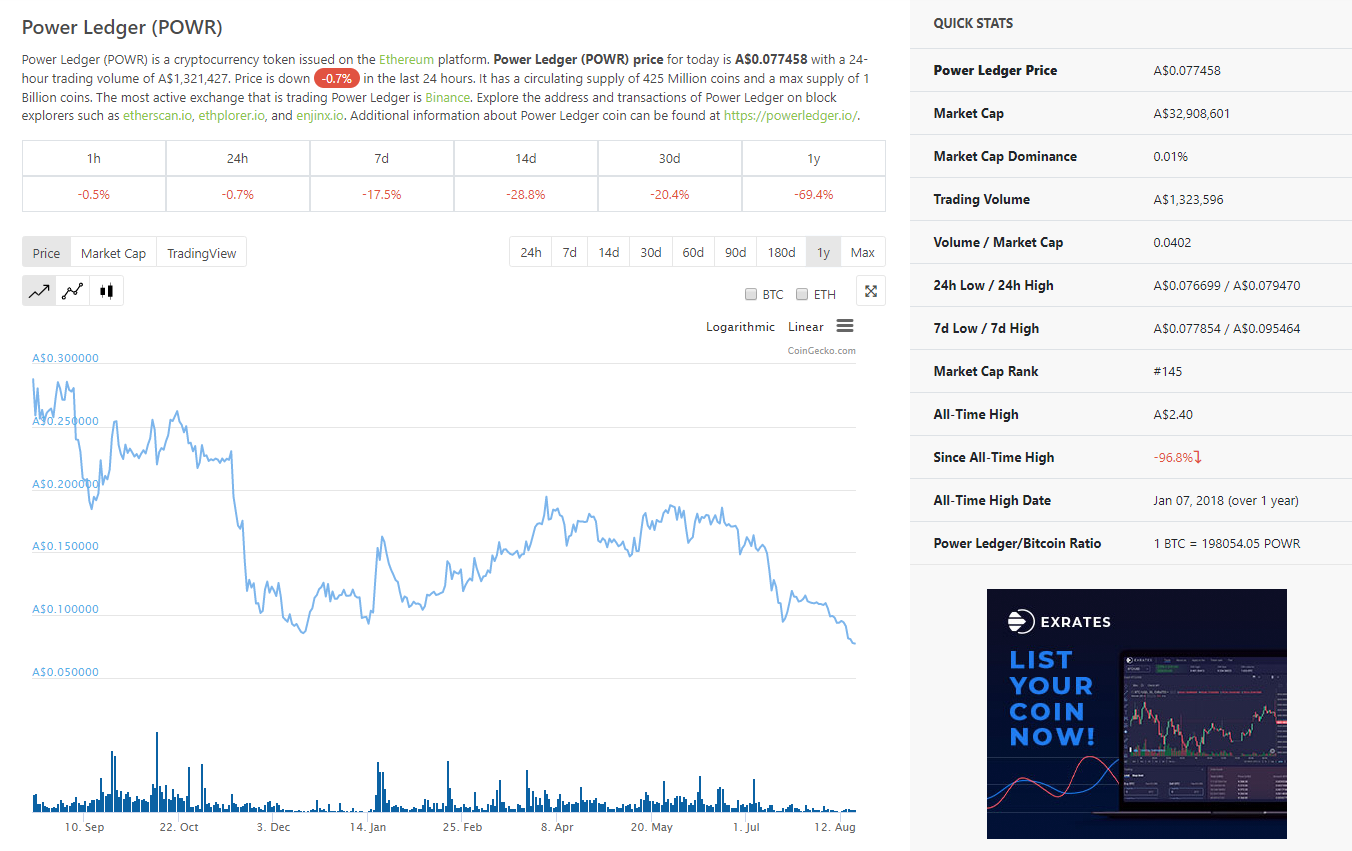 I have previously used Coinspace but found it charging excessive fee’s and then had to transfer to Bittrex to purchase AltCoins.

I choose EasyCrypto.com.au because if their simple sign-up process via gmail/facebook. Then the verification process was pretty seamless too but most importantly they supported bank transfers.