Taking a Career Break to "Reach my Potential" - Do Not Try This at Home!

Taking a Career Break to “Reach my Potential” 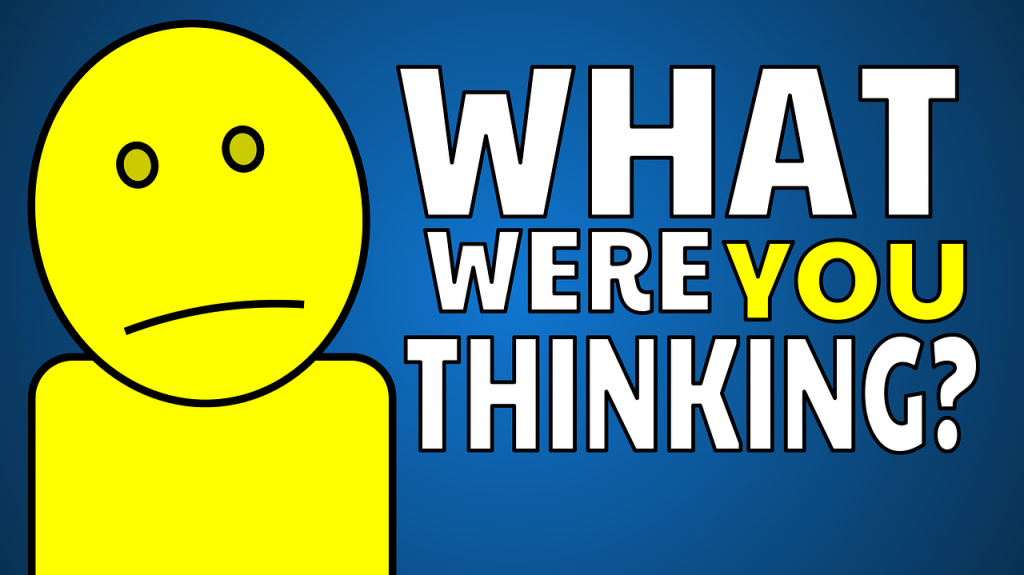 All I want is to reach my potential, something where you get rewarded for playing the long game and hustling. In 2016 I took a career break to Aisa on a mini-retirement which was a great experience but probably could have found my potential an easier way.

Firstly I will take you through the last couple of years of my life where I have been trying to get the answers for the above myself.  It took a lot of failures but I now finally have a clear vision of what I want to do with myself.

Was sent working in the family business at the age of 12. Left home at 16 to work in the city on building sites. Did all sorts of manual labour from pipe laying to demolition. Decided manual labour was 100% not what I wanted to do with myself.

Coasted through college doing the minimum required and finished up with an Honours Degree in Software Development and Networking, and a Masters in Media Design. Thought would easily walk into a job after college but no such look. Then had the added pressure to take over the family business but I had to stay focused on getting an IT job.

Managed to get a job in 2 man gambling startup in Kilarney where I got 50e on top of social welfare. The owner was really good and if it worked out for him he would have looked after me but he was cash poor as the company was losing money so I knew there was no future in it. So I applied for job after job from driving up to Cashel to countless phone interviews even for customer support jobs but no luck.

My First IT Job

Got my lucky break when I interviewed for Paddy Power a large gambling company, the manager had a weak spot for diamonds in the rough which I certainly was and I got the founder from the startup to help me with the assignment.

My first IT job was as a mouthful of a title “Online Marketing Technology Prototyper” in a large online marketing department. Suddenly when I started getting paid good money my motivation and drive suddenly appeared again. I saw an opportunity to work hard, learn and be very successful. I aspired to be one of the top-level managers in such a company.

Got a mentor and set the goal of becoming a PMP Project Manager.

After 2 years and 3 promotions, I had peaked in the company. There was a department restructure and the new manager was more interested in bringing in new more experienced people. I set off looking for that perfect position where I would have a manager that would help me learn while working on the perfect product where I’m challenged daily working around really smart people. Might as well been looking for a unicorn.

One Job will not Do

Regardless 2 years later  I finally had got to the payscale I always aimed for but was pretty disappointed once I realized about the upper tax limit. Even if I got 2 or 3 more promotions there was no way I could get the life I wanted with just one job.

Coincidentally around that time, there was a leaving do for one of my past colleagues in my first company. Unsuspecting we arrived and there was also the leaving do of around 20 top level managers who were all given redundancy. These were people I looked up to and now they were after being thrown out like trash.

It was time to start taking things into my own hands to reach my potential.

3 years ago I got introduced to affiliate marketing. The affiliate marketing lead to a whole new world of the Warrior Forum which I got sucked into for the next 3 years. Learnt so much about sales funnels, MLMs, product launches, email marketing and everything in-between.

Created eBooks, membership site and email lists making some pretty good money. The biggest issue was that it was the spammy Internet Marketing niche and not something I was proud of.

So summer 2015 I sold my list and decided to look at other areas. This lead to looking int0 copywriting, MLMs, dropshipping and other various “passive income” ventures. Really struggled to pick a niche/product/service that I could see myself doing in 3/4 years time but I did discover Pat Flyn who was a huge inspiration.

Decided to keep it simple and start a blog like he did so I could actually learn about SEO and motivate me to complete the PMP and PMI-ACP exams at the same time (which I successfully did).

Simultaneously working as an IT PM I realised that just being a project manager isn’t what I enjoy doing it’s the digital aspect that excited me. So, in April 2016 I uprooted my life to travel and try to figure out what I wanted to do. Worst case scenario I will just become a project manager in another part of the world

The dream was to create a second income from online businesses like Tim Ferris describes in the 4 Hour Work Week.

The plan was to stay in Asia for 3 months on a mini-retirement and create this passive income.

Not so easy though.

The weeks flew. Wasn’t making much progress online which lead to frustration not meeting expectations and was affecting the experience so paused and reverted to backup plan.

Backup plan get to Perth, Australia and go back doing digital project management and build up a kitty to do more travelling. Unfortunately, Perth is more construction/mining focused so wrong place for digital project manager. (Moved to Perth because had a lot of friends living there for last 4 years so had to visit).

When I got Perth while looking for a job (which I thought max 3-4 weeks) I joined a freelancing group belong to an Irish fella who was travelling the worked while freelancing. This also introduced me to location rebel which encouraged the same thing.

Setup my profile on Upwork as Project Manager crossed all the x’s and o’s. Applied for loads of remote project management jobs which I was more than qualified for but zero results. I think 1 interview from over 100 applications.

(Actually, the problem was my visa, recruiters would not give you an opportunity to speak to companies on a work holiday visa)

Since money is kind of top priority when living in a foreign country and no income I started applying for all sorts of jobs that I could do from scrum master, product owner, digital producer, agile project manager, product manager.

There was no Digital PM jobs available I had thought I would have to go back manual labouring. Luckily all those nights working for myself I was prepared and was able to rely on the skills.

Still liked the idea of freelancing so looked at website development and SEO services and redid my profile. Still no results. My mini career break quickly turned into unemployment and had run out of savings. Got a few website builds from Facebook groups and turned a data entry role on Gumtree into a 3 website project with onsite contracting.

While I was building these websites I was doing what I learnt. Building a website that was searched friendly and then start SEO/PPC after it went live. Also, this got me questioning what a new business owner wants when they buy a new website. I don’t think they really care if they are on the page of Google more than if they are getting leads.

Was great having clients and working for myself but getting new clients was a struggle. Little wonder every second corner was people offering online marketing services SEO, PPC, FB etc etc. This was a huge red flag for me that every Tom, Dick and Harry were offering the same services. Great I could corner out a small piece of the pie for myself but how could I pick it over being a project manager then!

When applying I attached a reference check from my first manager Neil Campbell under career advice he said…”Considering how much of a high-performing generalist Shane could be, I would simply say: “Know yourself”. His confidence and talent would never be in question, but it could be easy to try a lot of career paths before listening to himself and finding his passion”.

Neil was 100% right with all my experimenting and trying various things over the past 4 years I could easily end up doing the same for the next 4 years before finally listening to myself.

As I was resigned to leaving Perth for any half-decent job so I could build up a kitty again I reached out to a Miles Burns a digital agency owner to buy him a cup of coffee and chat. I had unsuccessfully applied for a role in his company few weeks earlier but was very impressed by his thought process and thought he could give some solid career advice.

Firstly he explained I was overqualified for the role which was a nice ego boost I badly needed but besides that he really helped figure things out. Coincidentally the night before I ended up watching a video on Facebook by Vincent Dignan about Growth Hacking.

Which I spoke to Miles about and it was just great to talk to someone on the same path length as me that understood this area. The biggest takeaway he said if he was me he would look for his dream job and some top-notch advice on how to get myself out there.

This was exactly what I have looking for.

Finally something, where I can use all my past experience as a generalist to become a T-shaped marketing specialist. Helping businesses reach their potential using different tactics is a challenge where there would always be room for improving and learning.

It took well over 7 months of thinking/experimenting and putting myself completely out of my comfort zone to get to this point.

Next step to get my name out there and either build up experience with an agency where I can refine my skills or get my own clients.

Update: This was wrote in October 2016. It actually got worst before it got better. Went home December 2016 for Christmas and came back to work in the back of a shed for PipeCo and Juvo in an empty warehouse as a marketing manager. I made just enough to get by. Wasted the majority of 2017 “learning” about SEO. Spent a lot of days helping the Higher Mix which didn’t work out but did get some good contracting work in an Innovation hub which helped me realize that I definitely did not want to be a freelancer.

Then in 2018 got Permanent Residency and things took a dramatic change pretty quickly. Overnight I was able to get interviews, even had 3 in one day. Landed a Product Owner job where I think the hiring manager liked my rough and ready approach and I was just in the right place at the right time. I will never undermind the relief having a steady paycheck does to stress levels.

Ironically I went back experimenting and started an Amazon FBA business of selling 500 bike saddles. Just sold all of them in August 2019 and probably lost close to $6k. There was a lot of hidden costs, had a prize war, lots of returns and it was a bad product choice.

Even more ironically I’m back focusing on building an agency but I think this time is different as I feel I have some real focus on what I want to do compared to before where I was going through the motions.